About Confederation of Indian Universities (CIU) 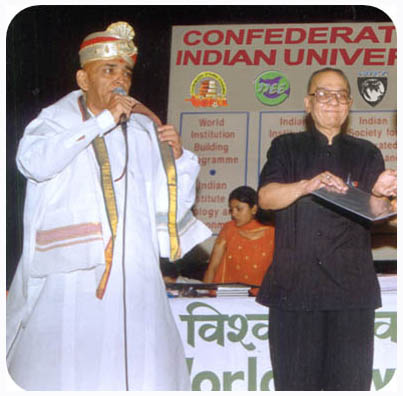 matters such as handling of relationship with statutory bodies etc.
CIU does not look at academia as an insulated universe. Instead, we at CIU believe that universities are parts of larger social system, from where they draw various kinds of nourishment such as finance, manpower, market etc. Thus, according to CIU, universities owe it to society to contribute towards development of a better and smarter society. In a way, CIU is not just about the universities themselves, as it is about the relationship that exists between the universities and the society at large. CIU believes that it is its solemn duty to nourish this relationship and help sustain the symbiosis that is the foundation of this relationship.
There are of course other platforms where universities congregate. But, most of the times, either those platforms are simply avenues for the Government to interact with the top management of the university system, or, those are voluntary associations designed to act as advocacy platforms, platforms through which universities mostly lobby for better tax environment, lesser compliance burden, freedom to raise funds etc.
CIU however, as described above, is different. It is not just a platform for universities to improve their collective bargaining strength, but, more importantly, it is a platform where all stakeholders, namely civil society, Government, corporate world, independent scholars, media and NGOs come together with the sole purpose of finding out ways & means to improve the functioning of the relationship that exists between universities and society at large..

Inter-University Research Centre (IURC) is an offshoot of CIU. As discussed in the preceding pages of this document, one of the most important tasks assigned to CIU by its founders is the promotion of a culture of high-quality research in the institutions of higher learning in India. Towards that end, CIU has been working with individual researchers and the organizations associated with them. However, as is to be expected, managing this structure where CIU has to work with individual organizations separately is a tedious task and consumes a lot of managerial bandwidth of CIU. Besides, because of the plethora of research projects, all of them working as silos insulated from each other, CIU felt that it was not possible to provide a coherent direction and a unifying thread to the multitude of research projects supported by it.
Apart from all this, CIU also felt that it needed a separate organization that would not only promote a culture of research among the member organizations but, wherever apt, also take the output of the research to the people at large, by using the networks that exist between the individual universities and the communities that fall in their catchment areas..

About the Climate Action Initiative (CAI)

The need for climate action: Ever since the onset of the industrial age, impact of man on the global climate and ecology has been on a scale that could not have been imagined in the preceding ages.
Scientific data shows that the global average temperature has risen by around 1°C since pre-industrial times. The magnitude and pace of warming of global weather, can no longer be attributed to long cycle variations in global climate alone. In fact, the data having been painstakingly gathered ever since 1950s clearly shows that something other than pure natural forces is to be blamed.
And, a simple application of logic reveals that there is only one factor that has changed drastically over this period, and that one factor is human impact on environment. This same conclusion was achieved, when, the vast data, gathered over the last 50 years or so, was used to carry certain statistical examinations through tools such as correlation, regression etc. Each of those statistical tests gave a certain kind of relationship between the global climate change and the various variables thought to be responsible for the same. Among those multitudes of statistical relationships between various variables, one relationship that repeated itself most consistently, was the one that said that there was very high positive correlation between worsening global climate and the rising severity of human activity on the climate.
Subsequently, several more such tests were conducted using other data sets, using ever more powerful supercomputers with staggering computing powers. But, with a few exceptions here and there, that too not very credible, now, almost every climatologist worth his salt, agrees, that it is human footprint, manifesting itself through parameters such as emissions of greenhouse gases (GHGs), aerosols and changes in land use and land cover (LULC), that have substantially altered the equilibrium of the global climate.
Terrifying pieces of evidence in the form of warming of the ocean waters resulting in significant weather anomalies such as frequent heat waves, droughts, heavy precipitation, and severe cyclones, changes in wind patterns (including shifts in the global monsoon systems), warming and acidification of the global oceans, melting of sea ice and glaciers, rising sea levels, and changes in marine and terrestrial ecosystems, is now staring directly into our eyes.
In fact, according to the opinion of substantial majority of climatologists, the rate of change seems to be gathering pace, and, unless urgent measures are implemented, we would be staring at the bleak prospect of staring onto the point of no-return. And, even more alarming is the prospect that if we procrastinate any further, we would probably not be able to do anything to avert the unspeakable human disaster that would be our ultimate undoing.

It is a property of Inter-University Research Centre (IURC) which is a platform floated by Confederation of Indian Universities (CIU), an apex body of around 1200 universities and university level institutions in India.
The information in this website are meant for the exclusive consumption of people associated with CIU and IURC. If anyone else happens to find this document or any part thereof, the person is requested to immediately get in touch with the office of either CIU or IURC and return the document to our any of our officers.
Unauthorized accessing, publication, whether in part or in full, or sharing & distribution of the contents of this document without the prior approval of IURC, is an offence. The same, if brought to the notice of IURC or CIU, would be considered an infringement of our intellectual property, and the organization would consider itself free to pursue appropriate legal action..

Purpose of this Information

This document is not a scholarly writing on the topic of human induced climate change. It is a document that has been prepared with the intention of introducing the idea called Inter-University Research Centre (IURC) which has been floated recently by Confederation of Indian Universities (CIU).
Through this document, an attempt has been made to explain what CIU is and what it does. This document also explains what IURC is and what its relationship with CIU is. This document also contains brief introduction about all that IURC intends to pursue in near future, including what it plans to do for the cause of climate preservation.
Finally, this document should be seen as a call to collaboration, going out from one organization in India to all other like-minded people and organizations all over the world. 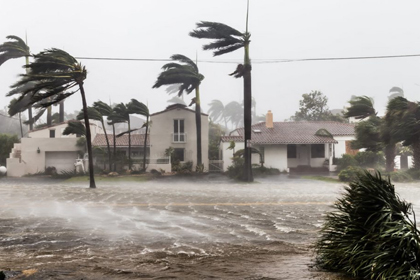